I think I found why Arizona had a spike — Head Noises

Officials of the Maricopa County, Arizona Public Health Department stated in August: “Even if it’s not listed on their death certificate, anyone who has a Covid-19 positive test within a certain period of when they died, is also counted as a Covid-19 positive death.” If a person dies in a car crash and tested positive for C-19 […]

I think I found why Arizona had a spike — Head Noises

The Answer Is “D”

We received a letter from the city about a new road improvement project in West Fargo that they will hold a meeting on. Of course the meeting was on a night when I’m working. But let’s just say that I’m not happy about this particular project.

Sheyenne Street between 13th AVE and Beaton Road was just widened to 4 lanes a couple of years ago. This happened about the same time they rebuilt the I-94 interchange. Even during “rush hour” this road isn’t packed. Here is a photo looking down Sheyenne ST as I crossed by on 13th AVE yesterday evening a little after 5 PM.

It’s not a great shot, but you can clearly see that there isn’t a lot of traffic on it.  I took another shot today. Wow! What a traffic jam.

So my question for the city, if I could attend the meeting, would be:

Are you now;
A)  A jobs program for local contractors

B)  Getting kickbacks, ie. corrupt

D)  All of the above

These tests are all but worthless

I’ll link to the actual article at the bottom, it’s quite long with a bunch of history behind it. I suggest clicking over to it and reading the whole thing.

But the TL;DR version is this:

“In the US, we have all but abandoned classical diagnostic medicine in favor of biotech, or lab result medicine. This has been going on for a long time and is a dangerous turning.” END_OF_DOCUMENT_TOKEN_TO_BE_REPLACED 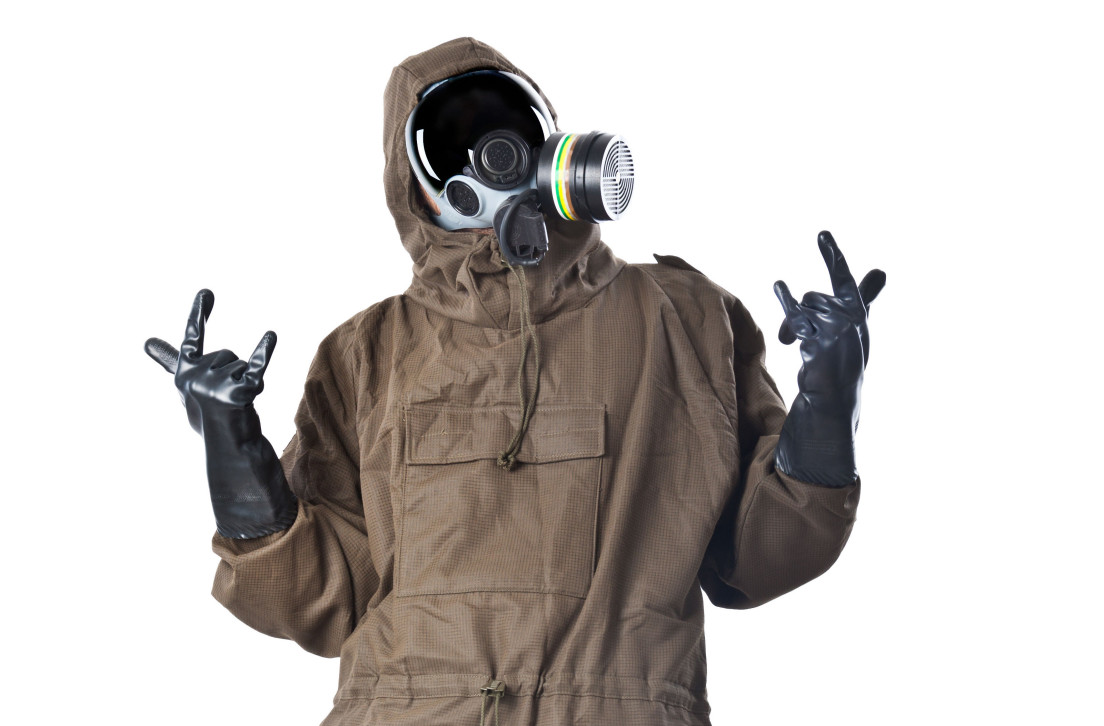 As we continue through the year with the Covid-19 irrational panic exacerbating problems I’ve observed some things regarding the “new normal.”

1.  Much of the country, the world really, has lost the ability to reason. We’ve seen this before with things like the kabuki theater performed as “airport security”, like not letting nail clippers or Medal of Honor through.

END_OF_DOCUMENT_TOKEN_TO_BE_REPLACED

The complications of Covid-19 started hitting home last week in a couple of encounters.

My wife had a doctor visit in person at one of the local clinics. We were required to wear masks and they took our temps and oxygen saturation. That was reasonable. The nurse made me re-adjust my mask because it wasn’t fully covering my nose. It was covering my nostrils, but not the bridge of my nose. Considering that it left the bottom of my chin exposed to the point where I could open my mouth wide enough to get my bottom lip uncovered, and created large gaps on the sides that seemed pretty pointless.

But, it became ridiculous theater once we got inside the exam room. We were required to sit on opposite sides of the room for “social distancing”, even though we road in the same car together and sleep in the same bed inches apart. The nurse even moved my wife’s chair a few more inches away from the desk so that she’d be 6′ from her. That move created issues a couple of minutes later when she couldn’t get the blood pressure cuff (attached to the wall) over to where my wife was now sitting without moving the chair back.

This weekend I worked on fixing some leaks in my daughter’s pool. She has two of them actually. A 10′ one that she’s been using the last few years that I fixed one leak in the side earlier this summer but was still leaking slowly out of the bottom someplace which I had to take down in order to find and fix. And a smaller 8′ one that I put up while the 10′ one is being fixed. But I had to fix a hole in the air ring around the top of the 8′ one before she could use it. Anyway, we started looking on line to see about replacing these. We paid about $50-$60 a few years ago when we bought them, but now they want $300-$400 for them. And the 12 pack of filters I bought for the pump for $25 they now want over $140 for. My best guess is that most of this stuff was coming from China and is now hard to get because of trade relations going downhill. I guess I’ll just keep patching these for awhile. 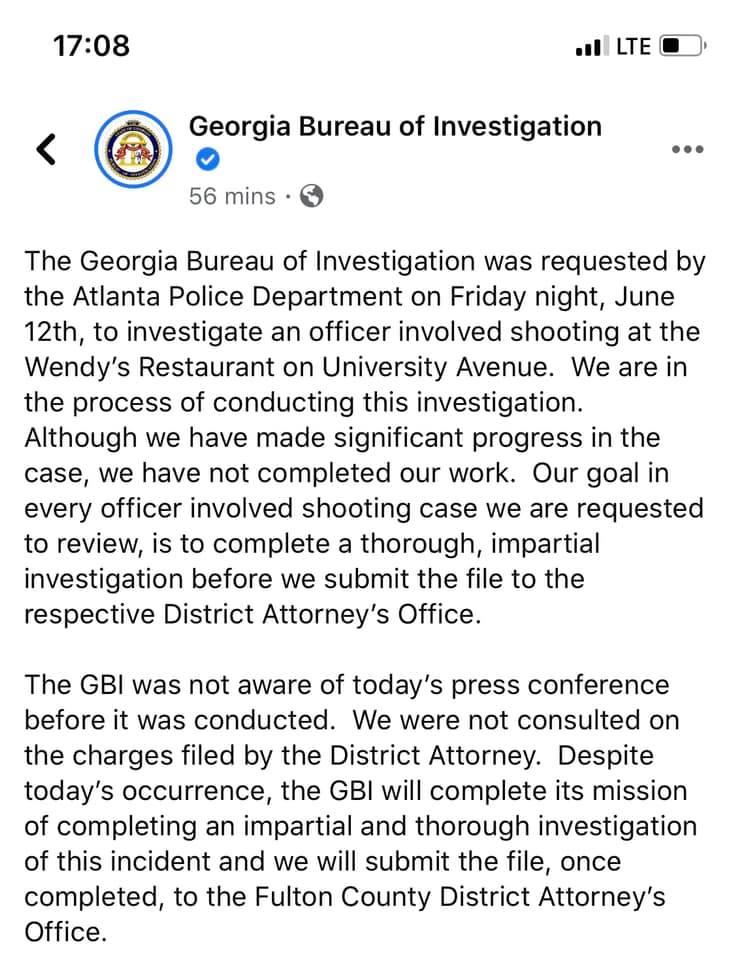 Cart, meet Horse. I’m not sure which of you goes where. /s

END_OF_DOCUMENT_TOKEN_TO_BE_REPLACED

We the people of the United States, in order to form a more perfect union, establish justice, insure domestic tranquility, provide for the common defense, promote the general welfare, and secure the blessings of liberty to ourselves and our posterity, do ordain and establish this Constitution for the United States of America.

That’s the preamble to the US Constitution, one of our founding documents. And the document that gives us the form, structure and limitations of our republican form of government.

Unfortunately, it looks like our modern protesters and their enablers haven’t given much thought to that phrase. In their insistence that all inconvenient history be wiped from public view by the removing of statues and renaming of lakes, buildings and institutions they appear to think that our forefathers thought they had created an utopia for themselves. My view is that they understood utopia was unachievable, but that they were working for something better than they had before. And they gave us a framework to change our laws and the structure of our government to make future improvements. It doesn’t say A perfect union, but rather “a more perfect union.” There were things they argued over incessantly, trying to hammer out a compromise. We can see that in the documents of The Federalist Papers and The Anti-Federalist Papers. They were striving for better, not perfect. END_OF_DOCUMENT_TOKEN_TO_BE_REPLACED

We went to church yesterday for the first time in quite awhile. It was held outside in the parking lot so everyone could “social distance” as they liked, or sit in the vehicles and listen on the radio. Weather wise the biggest problem was the heat and humidity. It was about 96 degrees out yet and humid from the previous night’s thunderstorm that rolled through. Unfortunately I felt a profound disconnect between what was being said and what the reality is.

The minister spoke about the recent unrest around the country, and specifically here in Fargo. He spoke about his “white privilege” and “systemic racism” as well as a couple of other things like “listening to the other side”, trying to tie it into his chosen verse, James 3:13-18.

So, that is actually a pretty decent passage relatable to current events. (I took this from the little pocket bible I carry around in my backpack, even though it’s not the bible I typically use for church now or what I grew up with. It’s a handy size, so that’s why I picked it up.) It talks about making peace and some of what it takes to make that peace and for it to last.