From a transcript of a CNN article, “We would not at all be surprised to see, coincidentally, vaccination happening and then having someone pass away a short time after they receive a vaccine, not because it has anything to do with the vaccination but just because that’s the place where people at the end of their lives reside,” Moore said. 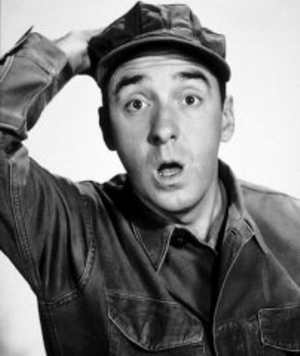 Well, golly gee! Isn’t that what we’ve been saying about this whole ‘died with covid’ thing for nearly a year now? There is a difference between dying with something and dying from something. But I guess that only applies when our would be betters and wanna be oligarchs says it does.

As we crawl ever closer to what appears will be a heavy handed oligarchy we should take inspiration from those sources as we can. From literary as well as plays, movies and TV there are several examples.

Two that immediately come to mind are the tales of Robin Hood, who interfered with the Sheriff of Nottingham and Prince John’s plans to usurp the power of the rightful king.

Another is the stories of Zorro, who fought the oppressive rule of the Captain Ramon in the Los Angeles area of California. 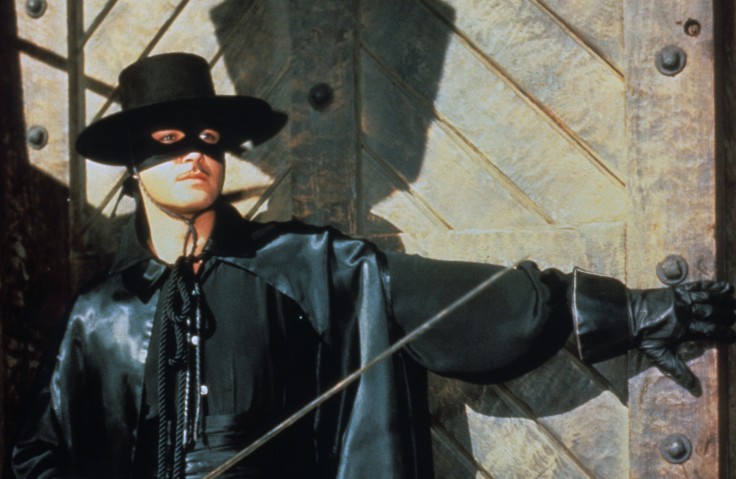 Another that I’ve heard in passing is the trixter Reynard the Fox. I’m not all that familiar with the character, but appears to have been at least part of the basis for the Disney animated version of Robin Hood. And offhand references can be seen in some of the Zorro tales where zorro is literally the Spanish word for fox.

Take heart, friends. Resist government overreach where you can. Make it known that Americans are a people who will only submit to government authority when willing and we think it justified. Where not justified, be the unruly, imaginative fighters that throw the rule book out and work under, over, and around ignorant regulations. In short, be a pain in some bureaucrat’s ass.

Well, I’ve enjoyed some of his stories over the years but it looks like that’s coming to an abrupt end. This statist piece of shit can go sodomize himself with a ricin covered cactus and I wouldn’t shed a tear.

When you want physical harm to me and my family because we disagree about the safety, efficacy, and need of vaccine for a virus that isn’t much more deadly than seasonal flu (which already has a vaccine) then I feel justified in wishing harm right back at you. It may not be very Christian of me, but then again I’ve struggled with my beliefs all my life. In fact, I’d have little sympathy should someone abort this fascist/communist cock sucker.

No more of my money for you, ever.

This time they’ve come for Scott Adams, creator of Dilbert, because he has the audacity to hold an opinion different than Google/Bezos.

At some point we’ll lose Word Press fully as well. For now I’ll keep posting here, but I fully expect that within the next couple of years no dissent will be allowed from the Official Pravda the DNC allows. And these guys have no excuse. At least the guys at Pravda knew that if they differed from official Soviet Party approval they and their families, likely their friends as well, would end up breaking rocks with their hands above the arctic circle.

To riff on Star Trek, “It’s dead, Jim.” The republic took its last agonal gasps last night as the US Supreme Court decided it didn’t want to decide anything.Effectively this means that the words written in the law don’t mean anything. Any part of the government can decide what is and isn’t law now, changing it to meet its own needs as it sees fit. There’s literally nothing to stop one branch from enforcing its own idea of the law over the other two.

The republic has been in bad shape for over a century. Reagan got it on life support, and Trump tried applying a defibrillator, but it was just too far gone to save. I weep for the idea of the country I once thought I knew.

The Democrats, with their open and blatant cheating have removed the ballot box. The legacy media and big tech have removed nearly every vestige of the soap box. And all the judges, including the justices sitting on the Supreme Court, have now removed the jury box by refusing to hear legal arguments about the cheating, often times before ever hearing any evidence.

END_OF_DOCUMENT_TOKEN_TO_BE_REPLACED

And the Gaslighting Continues, Some More

And the gaslighting continues, even after video surfaces of votes in suitcases coming out after observers were dismissed. Look at the headline/lead for this article on the front page of my Yahoo! page. “…the president’s baseless claims of voter fraud…” 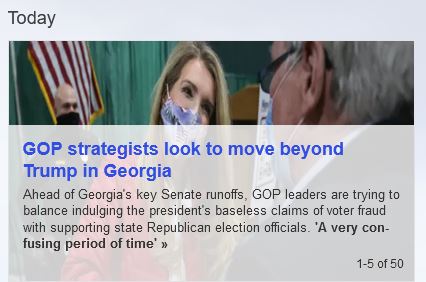 While I’m not saying that video is absolute proof of fraud, it’s something suspicious that requires investigation. In other words, the claims of fraud are anything but baseless.

I believe my lying eyes more than anything coming from legacy media.