Tales From the Uplands

Uncanny things haunt the high country, where mountains bring justice and men tell mysterious tales. A place where churches seek the lost and deadly forces lurk below the peaks.

Contains eight short stories drawn from locations and legends of Central Europe, including the Drachenberg version of a famous folk-tale, and an excerpt from the next Cat Among Dragons novel.

END_OF_DOCUMENT_TOKEN_TO_BE_REPLACED

Horns Up: Inside the Greatest College Football Dynasty

College football hotbeds are scattered across the country, from Alabama, Oklahoma, Notre Dame and Michigan. When you think of the greatest college football programs in the modern era, those schools come immediately to mind. But none of them did what North Dakota State did from 2011-15 and that is to win five straight national championships, in NDSU’s case at the Division I Football Championship Subdivision level (formerly known as Division I-AA). In fact, nobody at any level of college football has ever won five straight. The Bison did it with a unique toughness, including farm kids from the Midwest who were used to working 18-hour days before taking one step on the Fargo, N.D., campus. They did it with a work ethic and an unusual devotion and love to their hard-driving strength and conditioning coach. It didn’t come without some hard knocks. The Bison went 3-8 in 2009, one year after becoming fully eligible for Division I athletics after making the transition from Division II. They lost their head coach during the 2013 title run, a change that was met with resistance and tension within the coaching staff that filtered down to the players. From 2011-15, Alabama won 62 games, Florida State 58, Oregon 57 and Clemson and Ohio State 56 each. North Dakota State, with its collection of lightly-regarded players primarily from the states of North Dakota, Minnesota and Wisconsin, won 71. Since moving to Division I, NDSU went 8-3 against bigger FBS schools with wins against the likes of Minnesota (twice), Kansas State, Iowa State and Colorado State. They had some stars, like in 2011 when a quarterback from Bismarck Century with a few scholarship offers decided to stay in-state and attend NDSU. Four years later, Carson Wentz was the second overall pick of the Philadelphia Eagles in the NFL Draft. The national media paid attention. ESPN’s “College GameDay” came to Fargo two straight years and the network developed a love affair with the city. “Horns Up” is a story of a football program that came out of nowhere. It’s a story nobody could have predicted.

END_OF_DOCUMENT_TOKEN_TO_BE_REPLACED

Stand Against the Posleen Horde!

Earth invaded! The Posleen aggressors eating what population they don’t outright vaporize! Now the aliens are closing in on a vital choke point for the humans: the Panama Canal. No canal, no food. No food—the North American resistance crumbles, and hope fades. What’s worse, slimeball appeasers within the U.S. State Department (surprise!) are set to sell out the resistance to another race of would-be galactic overlords.

One problem for our enemies: when the chips are down for humans, heroes have a habit of arising: A captain of industry who whips a corrupt and inefficient Central American kleptocracy into fighting shape within weeks. A retired Panamanian woman warrior who returns to the field of battle to rally her people in a last stand to save their children. And a battleship that is literally brought to consciousness by the echoes of ancient naval tradition (and a sentient A.I.) to fight ferociously for her country — and the captain she’s come to love.

It’s a rip-roaring epic of tactics, heroism, and survival as only two masters of military SF (both of whom served in Panama during their stint in the Army) can tell it.

END_OF_DOCUMENT_TOKEN_TO_BE_REPLACED

I was talking with a coworker this afternoon about an incident that happened last night. I was relaying my frustrations about how I was sitting on the phone talking to another dispatcher at another agency, requesting assistance for my officers and she was asking questions that, if you think about them at all, are obvious.

ME: I have an officer requesting back up. Male ran from him, last seen heading southbound down ROBERTS ST TOWARD NP AVE.

DISPATCH: Is that North or South?

ME: Southbound on ROBERTS ST. (there is no ROBERTS ST south of MAIN AVE. This is your city, you should know that)

D: Where did this start at?

ME: 2 AVE/7 ST N (not that it really helps, since that isn’t where he was last seen)

OTHER AGENCY OFFICER: I’m out with the XXXX officer, 1 AVE/10 ST.

D: OK, do you still need us to respond?

ME: Yes! He has one at Taser point. (You already have one of your officers on scene!)

END_OF_DOCUMENT_TOKEN_TO_BE_REPLACED 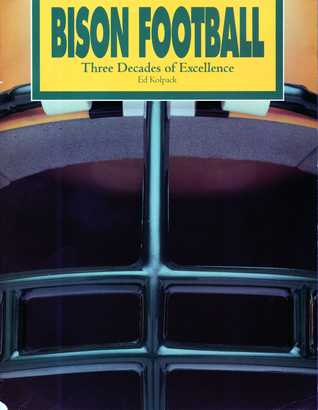 Bison Football: Three Decades of Excellence chronicles the NDSU Bison’s remarkable rise from the bottom of the standings to the upper echelon of Midwestern college football history.

Follow the Herd through 30 historic seasons! Sportswriter Ed Kolpack traces the Bison program from its rebirth in 1962 until today. Here’s every triumph – the magic of the veer offense, championship seasons and postseason bowl games, all-American honors and the dynamic support of the NDSU Team Maker Club.

Bison Football is a story of athletic talent and expert guidance, hard work and brilliant strategy. Kolpack invites players, coaches and fans to reflect on the glory days and occasional missteps in their own words. They reminisce about their days together and share lifetime memories with every Bison fan.

Together, their comments…plus Kolpack’s expert eye-witness reporting…paint a vivid portrait of the NDSU Bison tradition, from great expectations thirty years ago to its victories in the ’90’s.