That was quite a team

Back when I was just entering college at North Dakota State University they were a Division II powerhouse. The football team was the Team of the Decade in D-II, with 7 appearances in the Championship game, winning 5, from 1981 to 1990. There were some really good players to come out of those teams. Jeff Bentrim broke Walter Payton’s TD record and played a little in the CFL. Chad Stark and Doug Lloyd got invited to camp with some NFL teams. Stacey Robinson was on two Superbowl winning teams with the NY Giants. Phil Hansen played in three straight Superbowls with the Buffalo Bills. Casey “Gus” Bradley is the current headcoach of the NFL Jacksonville Jaguars.

NDSU finally moved up from D-II, but because of the way the NCAA splits up football the Bison play in the lower tier D-I FCS (Football Championship Subdivision). During their transition years they were arguably one of the best FCS teams out there, but were ineligible for the post season. When they finally became eligible they had an off year (3-8) before starting one of the most amazing runs in post season history of any college football team at any level. In 2010 they lost a heartbreaking overtime game at Eastern Washington, the eventual National Champion. Since then they haven’t lost a post season game, winning the last 5 FCS National Championships.

Many people around here consider the 2013 team to be the greatest FCS Football team ever constructed. They not only went undefeated throughout the season to win their 3rd consecutive championship, they did it by shocking D-I FBS Kansas State, the reigning Big 12 Champion and eventual winner of the Buffalo Wild Wings Bowl over Michigan.

That 2013 Bison team was loaded with talent.

END_OF_DOCUMENT_TOKEN_TO_BE_REPLACED

Silly Season Is Upon Us

It’s the Silly Season. No, I’m not talking about politics, I’m talking NFL draft. There’s always lots of speculation about what teams are going to do. While a lot of pundits talk about what teams need and who they should go after the teams themselves don’t always have the same outlook. But an FCS Quarterback as the overall #1 pick in the draft? Come on. 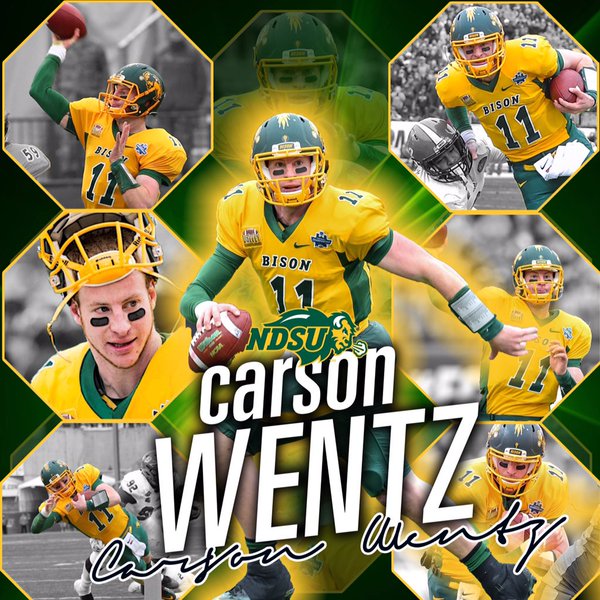 END_OF_DOCUMENT_TOKEN_TO_BE_REPLACED

My review of Angelbound by Christina Bauer 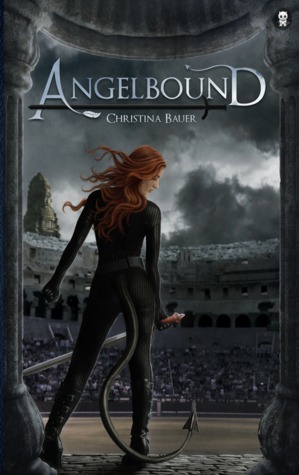 Eighteen year old Myla Lewis is a girl who loves two things: kicking ass and kicking ass. She’s not your every day quasi-demon, half-demon and half-human, girl. For the past five years, Myla has lived for the days she gets to fight in Purgatory’s arena. When souls want a trial by combat for their right to enter heaven or hell, they go up against her, and she hasn’t lost a battle yet.

But as she starts her senior year at Purgatory High, the arena fights aren’t enough to keep her spirits up anymore. When the demons start to act weird, even for demons, and the King of the Demons, Armageddon, shows up at Myla’s school, she knows that things are changing and it’s not looking good for the quasi-demons. Myla starts to question everything, and doesn’t like the answers she finds. What happened seventeen years ago that turned the quasi-demons into slave labor? Why was her mom always so sad? And why won’t anyone tell her who her father is? Things heat up when Myla meets Lincoln, the High Prince of the Thrax, a super sexy half-human and half-angel demon hunter. But what’s a quasi-demon girl to do when she falls for a demon hunter? It’s a good thing that Myla’s not afraid of breaking a few rules. With a love worth fighting for, Myla’s going to shake up Purgatory.

END_OF_DOCUMENT_TOKEN_TO_BE_REPLACED

Desperation in the state

At one time, not too long ago, North Dakota was pretty evenly split between Democrat and Republican office holders. Even during the times when Republicans controlled state offices our congressional delegation was exclusively Democrat for about two decades. However, times have certainly changed.

George Sinner was the last Democrat to serve as Governor. He left office in 1992.

In the 1960’s and 1970’s our Congressmen were Republican. But in 1980 Mark Andrews decided to run for the Senate seat that fellow Republican Milton Young had held since 1945. From that moment in the 1980 election until 2010 our Congressman was a Democrat. First Byron Dorgan and then Earl Pomeroy.

In 1986 Mark Andrews lost his re-election campaign to Kent Conrad for US Senate, thus making our congressional delegation completely Democrat as the other Senate seat was held by Quentin Burdick since 1960.

Burdick died in Office in 1992. His wife finished off his last remaining months in office until the fall election where the rest of his term would be decided. Kent Conrad, who had decided against running for re-election of his own Senate seat, won Burdick’s remaining term and served alongside Dorgan, who had run for Conrad’s seat. Pomeroy was successfully elected to Dorgan’s House seat.

In 2010 everything changed. Pomeroy lost his seat in the House of Representatives to Rick Berg. Governor John Hoeven decided to run for the Senate seat held by Dorgan and beat out Democratic challenger Tracy Potter, making him the first Republican Senator from ND since Mark Andrews. END_OF_DOCUMENT_TOKEN_TO_BE_REPLACED