Yesterday as I was looking around the internet at speculation about what today’s FCS Football rankings might look like after 6 of the top 10 ranked teams lost I came across this article about programs suffering through disappointing seasons that mentioned Wyoming’s Craig Bohl. And it got me thinking about some of the past NDSU Bison coaches and the success (or lack thereof) they had at other programs, and how much of NDSU’s success is simply the culture here, the tradition of winning if you will. 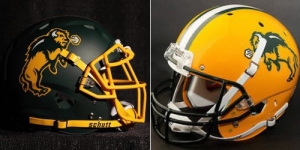 But outside of NDSU, those head coaches have seen little success. Let’s just take a quick look at what some of these coaches have gone on to do.

In all, that’s a lot of wins and a lot of championships. In fact, during the time frame 1965 to 2015 that’s more recognized National Championship than Alabama, Notre Dame, Miama, Texas, Oklahoma or Nebraska.

One thought on “Tradition of Excellence”