The King In Yellow

Review of The King In Yellow 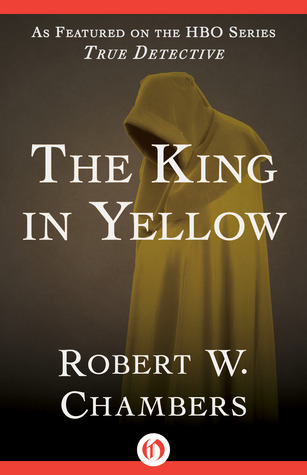 Ten twisted tales that have haunted generations of readers and writers from H. P. Lovecraft to the creators of the hit TV series True Detective

Nightmare imagery courses through these stories like blood through the veins. In “The Repairer of Reputations,” a Lethal Chamber stands at the edge of Washington Square Park, open to all who can no longer bear the sorrows of life. A Parisian sculptor discovers a liquid solution that can turn any living thing—a lily, a goldfish, a love-struck young woman—to stone in “The Mask.” The unnamed narrator of “In the Court of the Dragon” seeks respite in a church only to be driven mad by organ music that no one else can hear.

Nothing is stranger or more frightening, however, than The King in Yellow, the play that links these tales to one another and to a larger fictional universe containing the ghost stories of Ambrose Bierce, the cosmic horror of H. P. Lovecraft, and the first season of the critically acclaimed HBO series True Detective. Said to induce insanity and despair in those who read it, little is known for certain about the play beyond the ravings of those who have dared to open its pages. They speak of Carcosa, where black stars hang in the heavens. Of twin suns sinking into the Lake of Hali. Of the Yellow Sign and the Pallid Mask. And, in dread-filled whispers or lunatic shouts, of the King in Yellow himself, come to rule the world.

A masterpiece of weird fiction, Robert W. Chambers’s The King in Yellow holds the answer to countless mysteries—some of which might just be better left unsolved.

Overall I liked it. A collection of short stories, the first several of which have a common theme where the play The King in Yellow, which supposed has the power to drive it’s readers mad, appears. The supernatural, science fiction and horror aspects I quite enjoyed. The last few didn’t have that common theme.

I liked the first stories better than the latter. Even though it was quite obvious where the stories were headed they were entertaining. I’m not sure if I’ve read some of them before or if those plots have been used in other stories/media. The last couple of stories revolved around late 19th century Paris and rather than any supernatural events they were more like romances.

The Repairer of Reputations came out in 1895 but was set in 1920. The projections bothered me a little simply because I had to remind myself that it was written 25 years before it was set. Outside of the setting, the story is about a man recently released from a doctor’s care who is under the impression he has a divine rite to rule America as King and seeks the assistance of a sick recluse who advertises he can influence reputations. 4 stars

The Mask is the story of a sculptor who discovers the formula with the ability to turn living things into perfectly sculpted stone. This ends in tragedy for the sculptor and those around him. 5 stars

In the Court of the Dragon involves the mental deterioration and hullucinations of a man in church in Paris. 3 stars

The Yellow Sign surrounds an artist, the model he falls in love with and the creepy church yard guard. Of course it comes to a bad end. 4 stars

The Demoiselle D’ys was my favorite of the stories involving a man who gets lost in the moors gets found by a pretty young woman out enjoying falconry. 5 stars

The Prophets’ Paradise was a series of little scenes that, quite frankly, didn’t seem to have much of a narrative. It seemed more like just some random ramblings, stuff someone might write as an exercise to get started rather than something you would publish. 0 stars

The Street of the Four Winds was a little short story of a man who befriends the cat of a neighbor, then follows it home. This was the last of the stories I actually liked. 4 stars.

The Street of the First Shell took place in Paris during a siege by the Germans. I kept waiting for the supernatural twist but it never came. It was more of a romance than anything. The expectation may have influenced my enjoyment of this story somewhat. 2 Stars

The Street of Our Lady of the Fields was a once again a romance, but done better than the previous story. Involving art students and the women they are involved with. 3 stars

Rue Barree was another little romance story set in Paris involving some of the same characters of the previous story. I didn’t enjoy this one as much as Our Lady of the Fields. 1 star

The eBook was formatted well with no obvious errors.