My review of Spend Game by Jonathan Gash 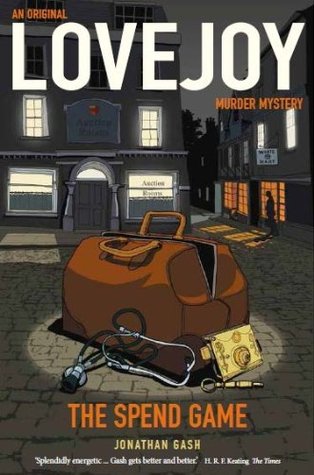 When Lovejoy witnesses a car crash that turns out to be a murder – with one of his oldest antique-dealer friends the victim – he sets out on a trail of revenge that leaves him pondering several bewildering questions.

Why did his friend buy up a load of junk furniture? What did he want with an old doctor’s bag? Why was his friend killed? Who was trying to kill Lovejoy and – most perplexing of all – what the hell is he doing potholing through underground tunnels dodging armed hit men?

I liked it. It flowed well. The new characters (Moll particularly, but also Elspeth to a lesser extent) were well done. The ‘big reveal’ of where the booty was hidden seemed rather obvious. Even though Lovejoy is such a cad, and a bit of a whiner, he’s quite the hard nut. I think his character could go toe-to-toe with Marlow and Hammer and hold his own. I do hope that after all he went through in this book that he gets to keep some profit. This obviously took place not long after The Grail Tree since he still had his little Austin Ruby and spoke about sending Lydia out of town for some education.

The eBook was formatted only so-so with numerous spelling/punctuation errors. I think it was another bad OCR. At times it was quite distracting.